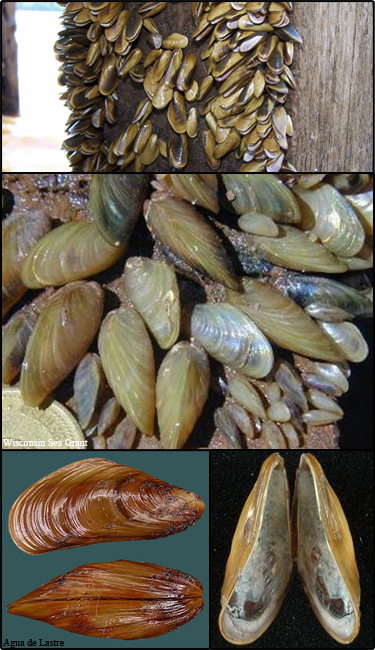 Description: It was introduced into Argentina in 1991. Within a decade it had spread to four other South American countries. Introduction to North America is predicted.

Identification: Golden or yellowish in color, shell length of about 20 mm. is common, while a maximum length is about 40mm. - 60mm. Umbones very nearly terminal, dorsal ligament margin is nearly straight. Does not posses hinge teeth or byssal notch. Mantle fusion occurs dorsally.

Monitoring and rapid response: Desiccation, predation by fish such as Leporinus obtusidens; Chemicals, including chlorine, are effective in controlling larvae within facilities, but are not often used due to resulting complications with their uses. Also physical removal of mussels is effective in controling populations. Credits: The information provided in this factsheet was gathered from the U.S Army Corps of Engineers.