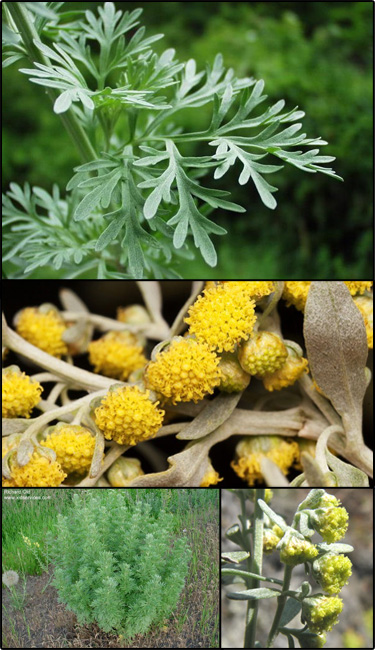 Description: Introduced in the early 19th century to be cultivated for medicinal and social uses.

Leaves: Alternate, gray-green in color, 1-4 inches long and give off a strong sage-like scent when crushed. Covered in fine, silky white hairs. Deeply pinnately divided with round lobes/edges.

Fruit and seeds: Nearly cylindrical, dry seed narrow at the base and rounded at the top.

Reproduction: By seed or vegetatively by rhizomes.

Monitoring and rapid response: Dig up individual plants. For large infestations, mow as close to the ground as possible. Cover infestation with black landscape fabric in early spring when leaves emerge. Prescribed fire may also be effecting as well as picloram, dicamba, 2,4-D and glyphosate herbicides. Credits: The information provided in this factsheet was gathered from the Wisconsin Department of Natural Resources and the Bugwood Wiki.