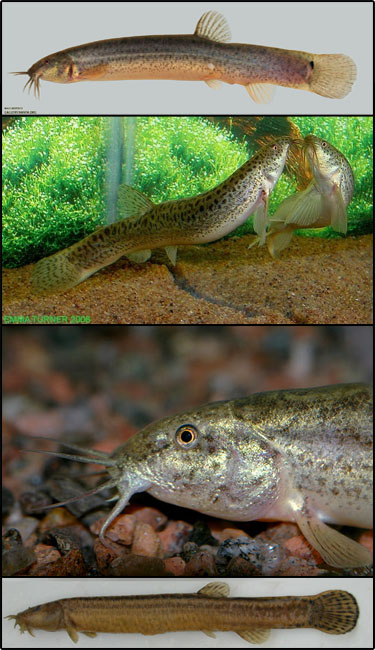 Description: Established populations found in the United States starting in the 1800s; spread to more than 15 states since then including Michigan, Indiana and Illinois. Introduction likely from escapes or releases from aquariums, fish farms, or bait buckets.

Reproduction: Weather loaches reproduce externally - A male wraps his body around the female to stimulate the release of eggs, which he then fertilizes. The eggs scatter through the open water and over substrate. No parental care is given.

Impact and Damage: Weather loaches have the ability to reduce populations of aquatic insects that native fish rely on for food and can therefore reduce their populations as well.

Monitoring and rapid response: Public awareness and education are being used in some areas to reduce the spread of the species and to increase the public's ability to identify the species and report new sightings. Credits: The information contained in this factsheet was provided by the Shedd Aquarium.