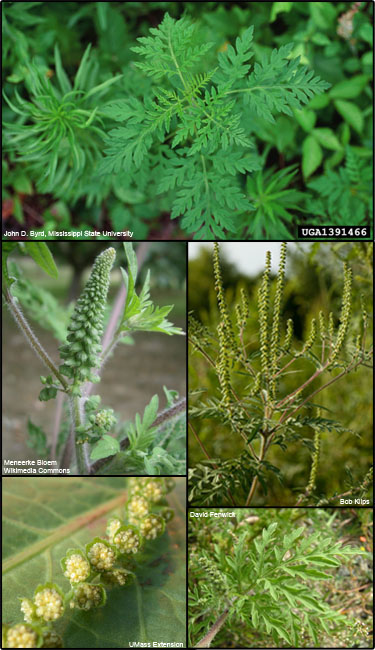 Description: Considered invasive due to its competitive nature.

Leaves: Cotyledons are thick and oval to spatula-shaped, leaves are fernlike, once or twice compound and usually hairy, upper leaves are alternate, lower leaves may be opposite or alternate with distinct petioles.

Stems: Usually hairy; erect and branched up to 6 ft tall.

Fruit and seeds: Seed is enclosed in a single-seeded, woody fruit with several spikes resembling a crown.

Reproduction: By seed. Plants can produce up to 3500 seeds.

Monitoring and rapid response: Effectively controlled using any of several readily available general use herbicides. Credits: The information provided in this factsheet was gathered from the MSU Pest Management and the USDA PLANTS Database.