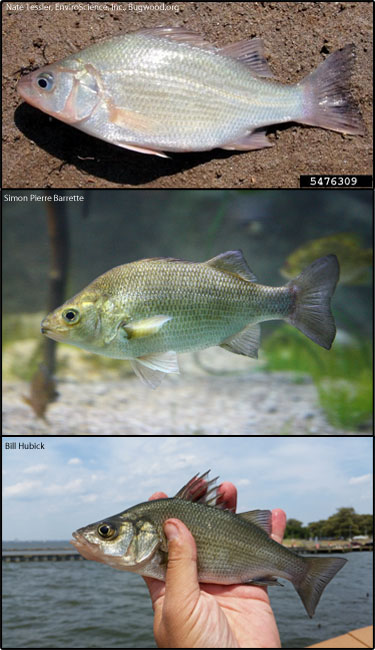 Habitat: Native to the Atlantic Coast. Found in brackish water, adapted to freshwater; river mouths, bays, reefs, nearshore areas; spawns in tributaries along the Great Lakes in April and May.

Impact and Damage: Feed heavily on the eggs and young of important game species, and they have the potential to cause declines in native fish populations. Competes with native fish for food and habitat, can hybridize with native white bass and by 1952, it became the most numerous fish in the Great Lakes.