We are asking residents within the Saginaw Bay Watershed to help report locations of invasive phragmites, especially new or expanding stands as well as new invasive species that have begun invading the area.

One of the greatest threats to the Saginaw Bay Watershed is invasive species, specifically invasive phragmites (Phragmites australis). The coastal wetlands have been invaded by invasive phragmites and it covers thousands of acres along the shoreline. Plants can reach 20 feet in height, yet more than 80% of the yearly biomass is contained below ground in a dense mass of roots and rhizomes.

How Can I Help?

There are two things you can do:


1) We need your help in reporting locations of invasive phragmites, especially new or expanding stands of phragmites through the Midwest Invasive Species Information Network (MISIN). Land managers, including the Saginaw Bay Cooperative Invasive Species Management Area (CISMA) use this information to put together their yearly management plans and are currently undertaking a massive effort to treat phragmites. It is easy to report your observations through MISIN and all of the information is available to the public. To create an account so you can report invasive species please complete the following information. MISIN ACCOUNT LOG-IN

2) We need you to keep an eye out for new invasive species that have begun invading Saginaw Bay and that might colonize areas where phragmites is being treated. If you notice new invaders please report these observations through MISIN. The following four species have been noted along the Saginaw Bay and should be reported as soon as possible so that land managers can put a treatment plan together. 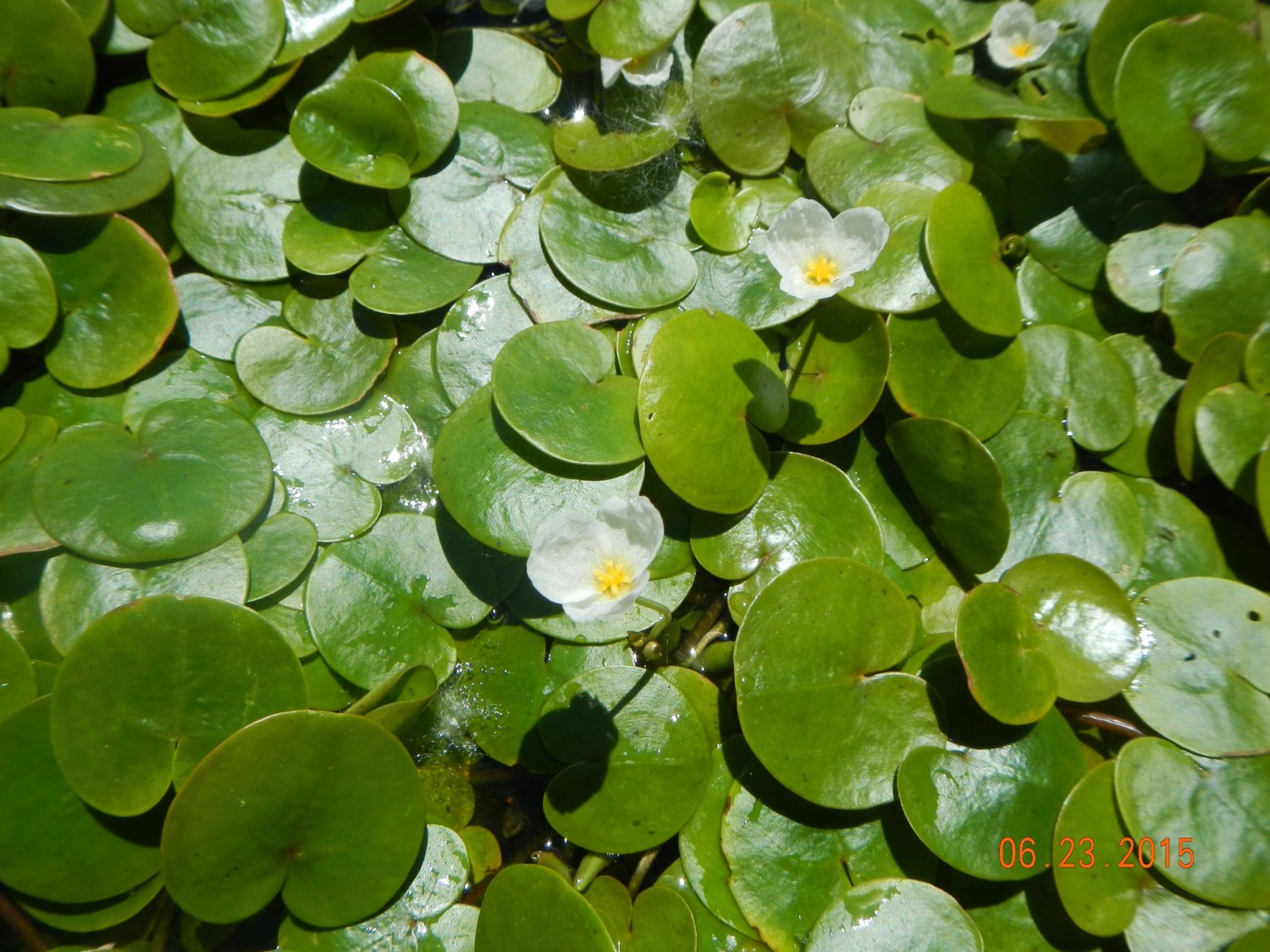 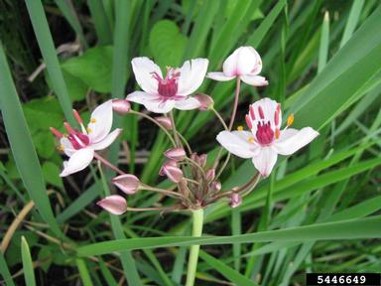 Grassy rush up to 3 feet tall with pink or white cluster of flowers. 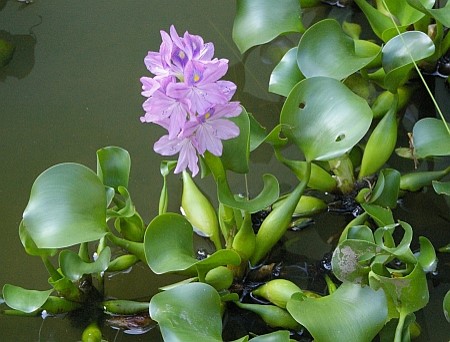 Floating plant with lavender-blue flowers and thick glossy green round leaves (4-8 in) attached to an inflated stalk. 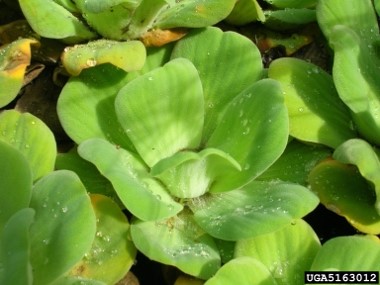 Floating light green plant that forms a rosette….looks like a small head of lettuce (5-6 in).

Your Help Is Appreciated!

With nearly 8,700 square miles, the Saginaw Bay Watershed is home to 1.4 million people who rely on the watershed for recreation, irrigation, electrical power generation, industrial processes, flood control, and drinking water. The Saginaw Bay watershed is Michigan’s largest watershed, as well as the largest contiguous freshwater coastal wetland system in the United States. Spanning 22 counties, the watershed features more than 175 inland lakes and 7,000 miles of rivers and streams, which drain approximately 15 percent of the land base of the state. The watershed provides habitat for a rich diversity of fish and wildlife species. Coastal wetland extend along the shores of Saginaw Bay providing habitat for large populations of migratory birds, shorebirds, herpetofauna, and more than 90 fish species. This is a critical migratory stopover for over 250 bird species, of which over 200 species remain to breed in this resource rich and diverse region. There are over 138 species of endangered and threatened species in the watershed.

The Saginaw Bay Cooperative Invasive Species Management Area (CISMA) is working with partners throughout the watershed to address invasive phragmites and other invasive species. Partners such as Arenac Conservation District, Bay County, Michigan Technological Research Institute, private landowners, Saginaw Bay RC&D and the United States Fish and Wildlife Service are battling invasive species along the shoreline of the bay. In 2016 alone these partners are treating over 500 acres of coastal wetlands. Other partners such as Cass River Greenway, Chippewa Nature Center, Saginaw Basin Land Conservancy, Saginaw County Road Commission, The Little Forks Conservancy, and Tuscola County Road Commission are managing invasive phragmites further up in the watershed. It will take a combined effort of all of these partners to make a difference in the battle against invasive phragmites. Also there are partners doing invasive phragmites research such at Michigan Technological Research Institute, Michigan Natural Features Inventory, and Saginaw Valley State University.

THANK YOU FOR YOUR HELP IN PROTECTING SAGINAW BAY!