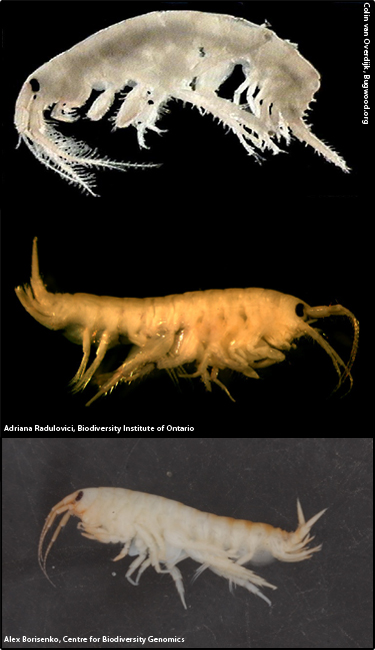 Description: Body is laterally compressed and lacks dorsal teeth. Eyes are kidney shaped and twice as long as they are wide. Rostrum is short and triangular. Distinguishable by its telson, whose outer branches are elongated and the inner branches are vestigial. Telson is cleft and each lobe has 2 dorsal and 3 apical spines. Males are larger (6-15 mm) and both antennae are similar in length. Females are smaller (5-13 mm) and their 2nd antennae is shorter than the 1st.

Habitat: Native to the Black Sea and Caspian Sea drainages. First reported in the United States in 1994 in the Detroit River and most likely introduced in ballast water.

Reproduction: Reproduces only sexually and has no resting stages. Brood size varies from 2-51 eggs. Breeding occurs in spring and summer and ends in the fall. May occur twice throughout the year in warm, stable waters.

Impact and Damage: One of the most abundant non-Dreissena invertebrates in Lake Ontario, Michigan and Erie watersheds. Capable of displacing native amphipods.

Credits: The information provided in this factsheet was gathered from the USGS Nonindigenous Aquatic Species database.