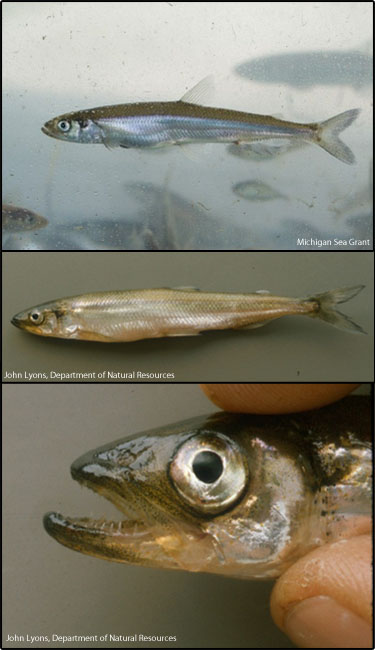 Description: Introduced into Crystal Lake, Michigan, as prey species in 1912; escaped and invaded Great Lakes. Spread by the use and release of live bait; illegal stocking.

Identification: Up to 12 inches; shimmers colorfully in water but out of water fades quickly and smells like cucumbers; has an adipose fin; large teeth on jaws and tongue; large mouth, protruding lower jaw, upper jaw extends to middle of eye or beyond.

Impact and Damage: Capable of decimating walleye populations. They eat the young of lake trout, cisco, whitefish, walleye and even their own. Implicated in the decline of native Great Lakes fish due to predation and early life mortality syndrome